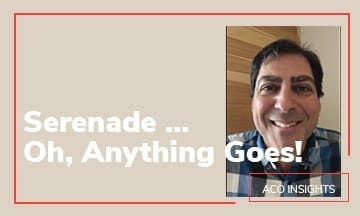 Mozart wrote 13 serenades— four of which have a reference to ‘night’ in the title—including the one we are playing on Masterworks 3—Serenata Notturna.

The word ‘serenade’ has lots of baggage. Originally a lightweight, outdoor, and ~serene~ piece, it calls to mind a guy and his after-hours strumming of a lute under the window of his love-interest. But it spiraled out from there to be pretty much anything played by anybody—strings, winds, small groups, big ones….whatever. The only thing it needed to be was ~not~ a symphony.

In a symphony, there were expectations—from both sides of the proscenium. Four movements, formal structure, a certain type of instrumentation.

But with serenades, anything goes. They could have the symphonic requisite of four movements, but usually, they had many more—sometimes twice as many. And sometimes, they had less—like the 6th serenade we’ll be playing—which has 3.

Also setting our serenade apart from Symphonic expectations is the instrumentation—strings, and timpani (unusual), but made more unusual by the addition of a solo string quartet (two violins, viola, and bass) to the forces. It becomes a descendant of a baroque ‘concerto grosso’—what was popularly known in Mozart’s time as a sinfonia concertante.

It is a charming piece that threatens a grandiose march at the outset but soon turns to more playful lyrical writing. That is a hallmark of Mozart—changing moods on a dime—without any transition or buffering—and it gives his music a spontaneity that keeps it fresh and engaging.

The second movement is a lovely, dignified minuet and trio, then the last is a playful rondo—a form where a touchstone theme is presented, then alternated with new ideas. It is a simple and effective way to organize a large-scale structure.

At only about 15 minutes, the piece’s length matches its breezy character. Delightful, friendly, and just subversive—-and funny—enough, it is a perfect example of Mozart’s skill in walking the fine line between entertainment and art. 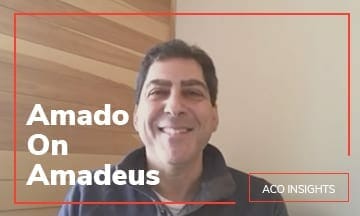 Did you know that Mozart rarely revised what he wrote?  Or that he proposed marriage to Marie Antoinette?  Find out more about the fascinating life of Amadeus in the latest ACO Insights with David Amado! 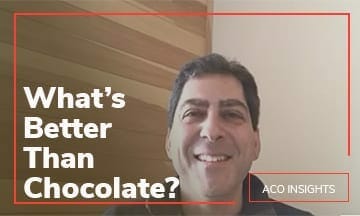 We’ve got something better than chocolate!

Music Director, David Amado gives us some insights on what makes this next Masterworks Series, Songs & Dances, a great choice for Valentine’s Day! 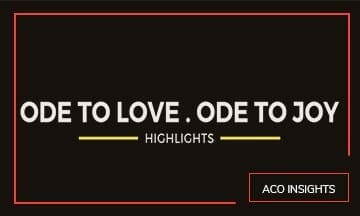 This January three communities are coming together to perform one of the most significant works in Western music, Beethoven’s Symphony No. 9. Three choirs from across the Treasure Coast, as well as four soloists from the Palm Beach Opera, will join the Atlantic Classical Orchestra for this inspiring concert. The ACO met up with choir directors at a recent rehearsal to learn more about what this incredible collaboration means to them.