Thirty-two years ago, Andrew “Andy” McMullan heard more than the sounds of the surf along the Vero Beach coastline… he heard the beauty of classical music and dreamed of bringing a professional orchestra to Florida’s Treasure Coast. Today, Andy’s vision, the Atlantic Classical Orchestra, has become a cultural gem in our community. With the help of many generous patrons and dedicated volunteers, Andy was able to fulfill his promise.

For listening and for inspiration, audience shall thrill to
the highest level of performance of classical music
performed by the Atlantic Classical Orchestra.

“I had to get to know this cellist who could think on her feet and not panic,” said conductor Andrew. Andy and Jean were married in 1950.

When Jean and Andy first met, Andy had received is MM from Rochester’s Eastman School of Music and accepted a position as Director of Bands at the University of Connecticut. Jean Gentry was completing her MA in music at the same University. In his newly formed UConn Concert Band, with few musicians yet available due to World War II, Andy searched for a competent flutist. He came across a timid flute player who had a penchant for “freezing” when the music required otherwise. He recruited student cellist, Jean, to learn the rudiments of the flute and sit beside the flutist to coach her entrance at a solo passage. Alas, during the inaugural concert, while playing to a packed audience, the flute player breathtakingly froze … and Jean saved the moment by filling in with simple notes.

The McMullans formed a partnership that has been stellar throughout the decades. Andy’s music career moved from band work to orchestra performing and conducting. When Andy left a tenured position at the University, he bought a 12-employee business that flourished as a manufacturing company of 160 employees until he sold it 34 years later. He never left his profession of performing on French horn and conducting chamber music, opera and symphony. He also helped Jean achieve her lifelong goal of owning and directing an international camp – Alford Lake Camp in Hope, Maine. They had three children Mark, Keith and Kathy (daughter Kathy Kopani played violin for 18 seasons with the ACO), performed decades with the Portland Symphony and, at the same time, both worked tirelessly for the Maine, New England, and American Camp Associations.

How the ACO was launched!

“Quick – have we got all the music? Where’s tonight’s rehearsal? Are we taking the turnpike or I-95? Don’t forget the sandwiches.”

Andy and I would toss our pet Shih Tzu dogs in the back seat and set off for yet another rehearsal of the Atlantic Classical Orchestra. And so it went on for fourteen years. The Orchestra’s first office was our dining room table before it relocated to Raz and Gordon Allen’s condo. ACO grants, written by Raz and myself, were anxiously defended before judges in Tallahassee where we were expertly flown by the Allens in their private plane. The elected two-city ACO Board, the Stuart Friends under Maxine Graber’s leadership, and the Vero Beach Friends under Raz Allen’s direction all served as fund raisers, arduously collecting ads for the programs and holding benefits in generous patrons’ homes. Meanwhile, Andy recruited the finest professional musicians available and searched for venues worthy of the caliber of the Orchestra. Tom Servinsky and Tina Burr Apelgren were among the earliest musicians recruited and still play with the ACO today. Rehearsals were held in a number of places around Florida’s Treasure Coast, including schools and churches, and talented musicians were delighted to perform the repertoire. Peformances were at The First Baptist Church in Vero Beach and later at the Waxlax Center for the Performing Arts but always at the Lyric Theatre in Stuart. This is how the ACO was launched!

In January 2019, we said good-bye to visionary and founder, Andy McMullan. Yet, his legacy carries on. The Atlantic Classical Orchestra continues to fill the souls of audience across the Treasure Coast with the beautiful sounds of the great masters and emerging new artists.

We are forever grateful for his vision, artistry and incredible spirit for providing a platform for professional musicians to share their gifts with our community – and the world! 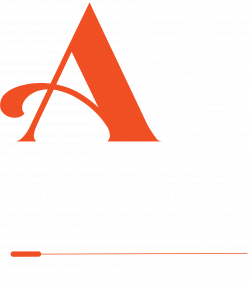